We've put some small files called cookies on your device to make our site work. These essential cookies enable core functionality. You may disable these by changing your browser settings, but this may affect how the website functions. We'd also like to use analytics and marketing cookies.

Marketing cookies enable us to show you offers which may be of interest, and to oversee the effectiveness of our digital marketing campaigns.

We use this information to improve our site and overall customer experience.

Let us know if this is OK. We'll use a cookie to save your choice. You can read more about our cookies here before you choose.

We provide the very best dog home boarding near you in the Southport, West Lancashire and North Merseyside areas. Dogs deserve a holiday too!

Hi, my name is Nicola and I love running your local dog sitting service in the Southport, West Lancashire and North Merseyside areas.

We provide the very best service in one to one dog home boarding where your best friend stays with one of our experienced, dog passionate hosts. We meet you and your dog in person every time and are always on hand to make sure your dog enjoys a home from home dog holiday.

Barking Southport has been certified by The Pet Industry Federation in COVID-19 Disease Control for Pet Professionals to provide a safe and confident service to our customers. We also confirm that we are complying with the government’s guidance on managing the risk of COVID-19. 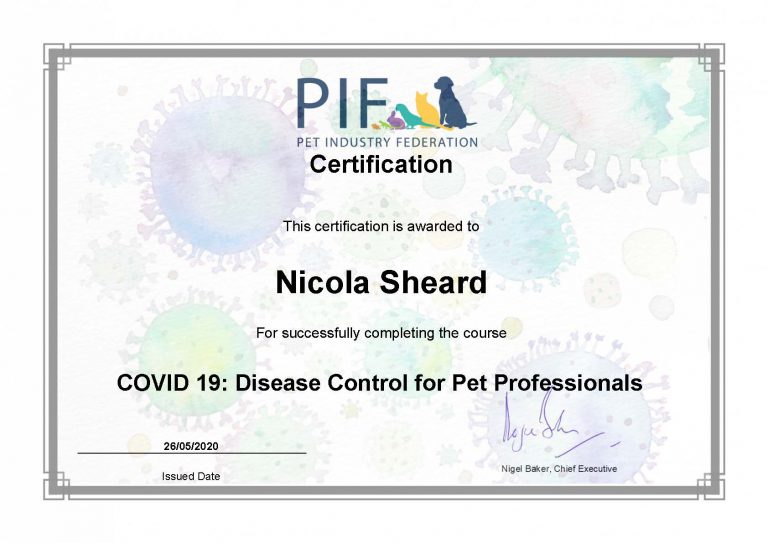 The business has grown so much in the last five years and has been so successful, that I’m currently selling part of it i.e. postcodes L22-L23 and L37-L40 as it’s a rather large area. I will be keeping postcodes PR4, PR8 and PR9 in Tarleton, Southport and surrounding areas. It’s business as usual however until the right person comes along, but if you know someone that is looking for a change in career and loves dogs, then please get in touch for more information. It’s the best job EVER!

I live in Leyland (which is just a stone throw away from Tarleton and Mawdesley at the beginning of my territory) with my husband Bri, two teenage children Jordan and Travis, rescue staffy cross Dottie, and our family of four guinea pigs Sully, Belle, Nala and Boo we rehomed from Fresh Fields. We found Dottie at Carla Lane Animals in Need in August .She was so loving when we met her as a family and  melted our hearts. She’s doing exceptionally well in her 1-1 training at K9 of LC on Tarleton Bypass that’s she’s about to embark on joining the obedience and agility groups twice a week. It continues to be hard work but thoroughly rewarding and enjoyable as she continues learning.  After all, I’ll need a holiday too and want her to enjoy hers in a loving family home when she’s ready.

Our previous dog Shelly sadly went to Rainbow Bridge in the summer and she was a rescue from the RSPCA in Preston at the age of five where I briefly became a volunteer and raised money by running a half marathon. I still find it hard not to include our beautiful cross Springer Casey too, who went to Rainbow Bridge just before Christmas 2016. She was one of the most travelled dogs ever and we found her about the age of 1 at a ‘tierheim’ rescue in Germany. She had been rescued from Crete, camped with us in France and Holland on holidays and she lived and moved with us from Germany to Belgium before we returned to England.

Prior to taking over the franchise, I had many interesting jobs. I vowed I’d never work in an office and started my working life in an accounts office, followed by an assurance company and then I was a civil servant for several years. I then trained as a primary school teacher which came in very useful when I met my husband and travelled with him in his army career. I’ve been back in England eight years and taught in many primary schools until 2013. My favourite job (before this one of course) was a holiday rep working in Portugal and then Tenerife making sure people had a great holiday. I’m now devoted to ensuring dogs have happy holidays ?.

If you need luxury home dog boarding in a carefully selected family home, or are missing having a dog around, then what are you waiting for? Pick up the phone for a chat today as I’d love to hear from you!

Looking for a bespoke package? Get in touch!

“My Barking Mad home includes my Barking Mad husband who cycles miles to work every day, 2 Barking Mad teenagers, a family of 4 re-homed guinea pigs from Freshfields, 2 massive goldfish won at fair in Belgium 9 years ago , and last but not least our Barking Mad new addition Dottie from Carla Lane Animals in Need”

Send your doggy on holiday

It takes a special kind of person to become a dog sitting host. If you'd be interested to find out more then please click the button below, submit your contact information and one of our team will be in touch to tell you all about the opportunity.

Thanks to dog lovers like you,
we're rated the UK's No.1 dog home boarder. Hurrah!

We are delighted to provide this service in the following towns and surrounding areas:

If you like what you see, why not enquire today