We've put some small files called cookies on your device to make our site work. These essential cookies enable core functionality. You may disable these by changing your browser settings, but this may affect how the website functions. We'd also like to use analytics and marketing cookies.

Marketing cookies enable us to show you offers which may be of interest, and to oversee the effectiveness of our digital marketing campaigns.

We use this information to improve our site and overall customer experience.

Let us know if this is OK. We'll use a cookie to save your choice. You can read more about our cookies here before you choose.

The judges appointed by RealBusiness said,

“The Barking Mad team have demonstrated stand out passion and enthusiasm for the marketplace they have all but created.” 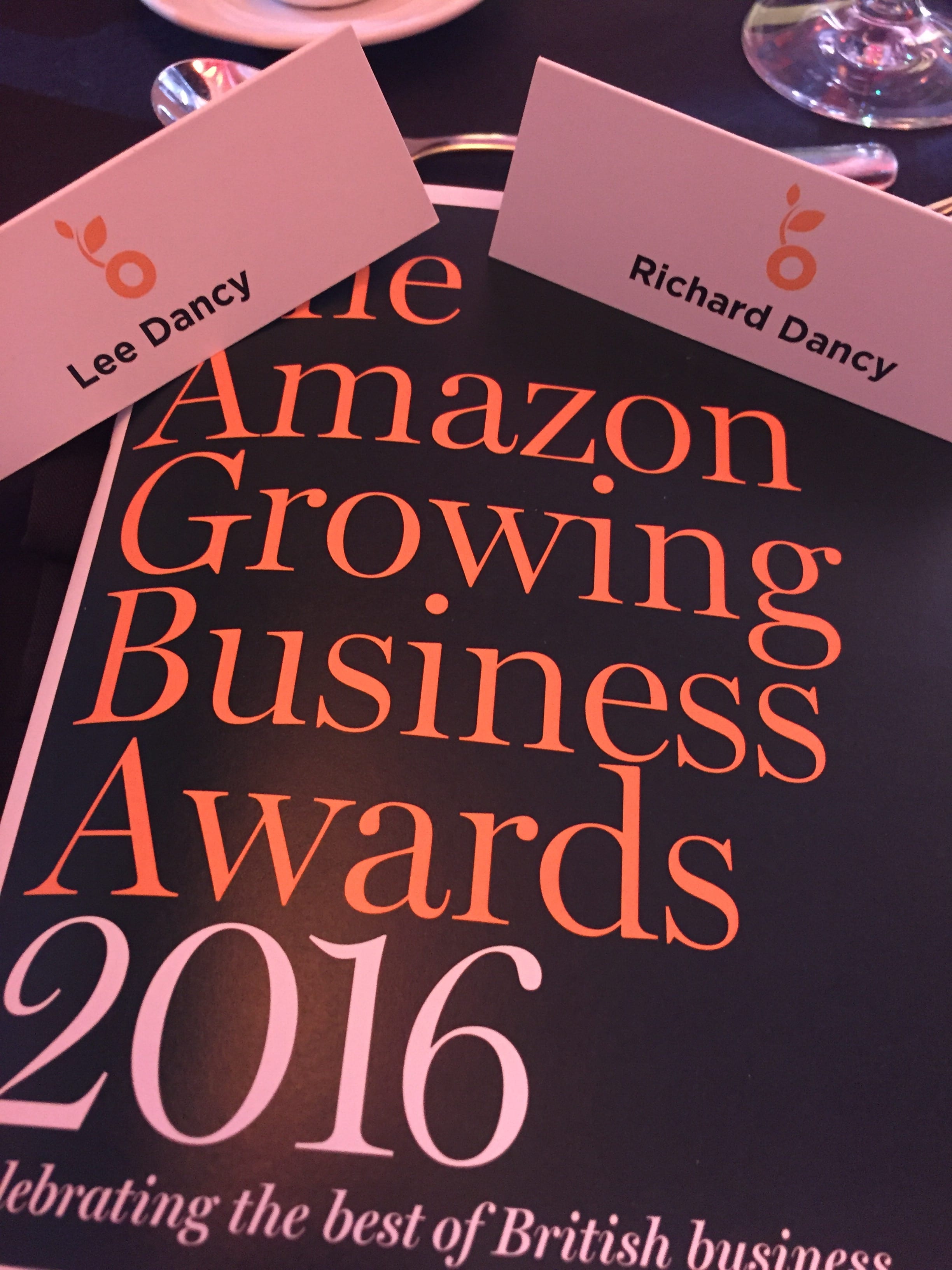 It’s been an amazing year for us and we’re delighted to this week claim another national business accolade, at this leading ceremony in central London.

A massive thank you to all those who are part of the Barking Mad community and have joined our success story, supporting us over the years. We couldn’t have done it without you!

We’re over the moon to make Kirkby Lonsdale proud, confirming our place as the UK’s favourite dog sitting company. 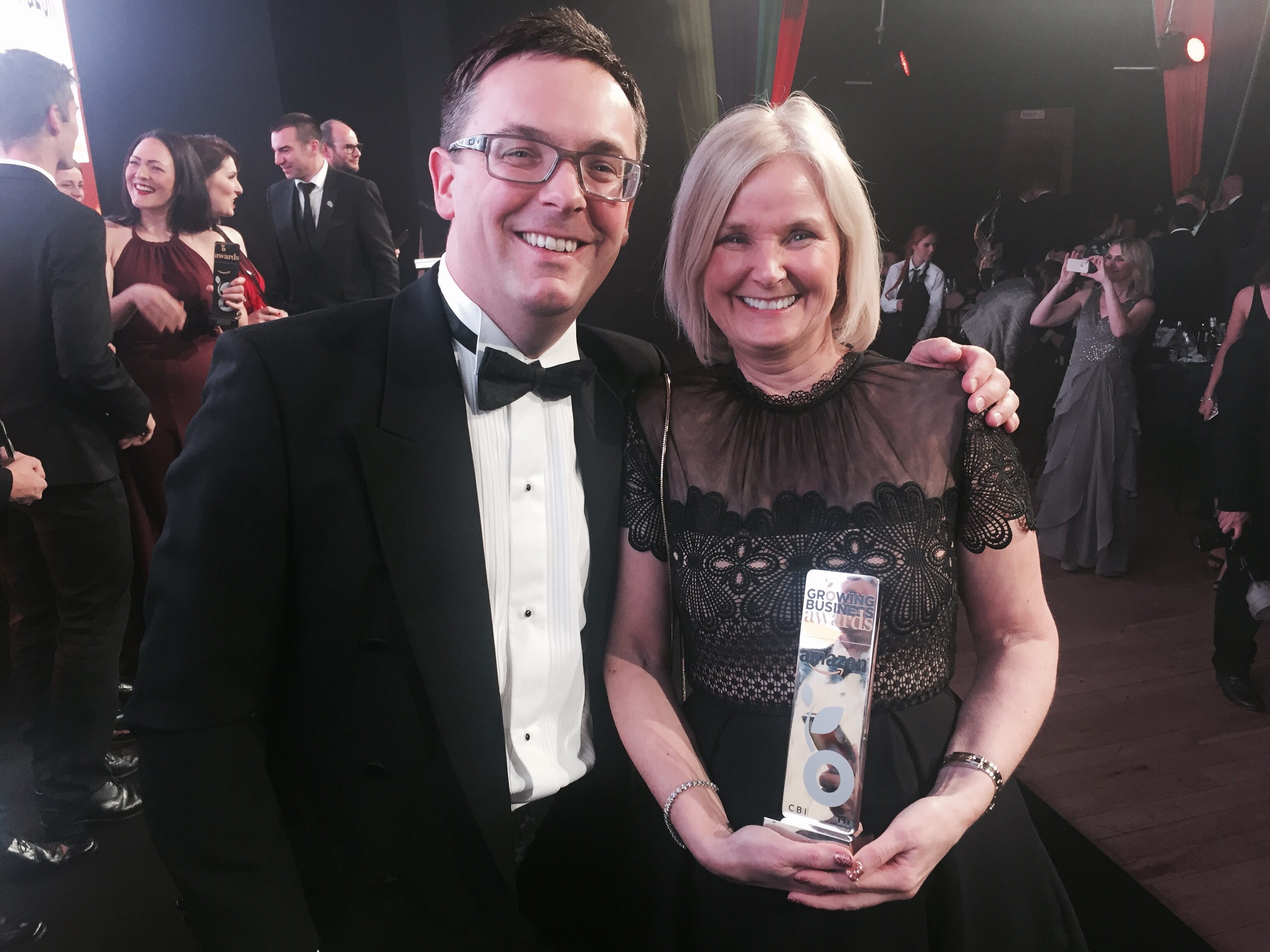 Here’s what the national press are saying about us:

Barking Mad, has won a prestigious Amazon Growing Business Award at a national ceremony in London. Barking Mad saw off competition from hundreds of entrepreneurs and businesses from across the UK to claim the top prize.

The awards backed by the CBI are the most established and respected national recognition programme for SMEs and entrepreneurial success, with previous VIP guests including Bill Gates, Gordon Brown and Stelios Haji-Ioannou. The event was hosted by Rob Beckett, stand-up comedian and regular on television panel shows, ‘8 out of 10 Cats Does Countdown’ and ‘Mock the Week’.

The 2016 event, held at The Brewery in London, received nominations from over 500 SMEs from England, Scotland, Wales and Northern Ireland.

Speaking after picking up the award, Lee Dancy, Founder and Managing Director said: “It’s incredibly exciting to go from putting up a poster in 2000 asking for a dog-sitter, to standing here tonight with the accolade of Micro Business of the Year, for our leading dog-sitting business. It’s a fantastic achievement for everyone at Barking Mad and it’s a great feeling to be rewarded at the Amazon Growing Business Awards. I’m excited to get back to Kirkby Lonsdale, to share the award with our talented team (including Lotti, our office dog!).” 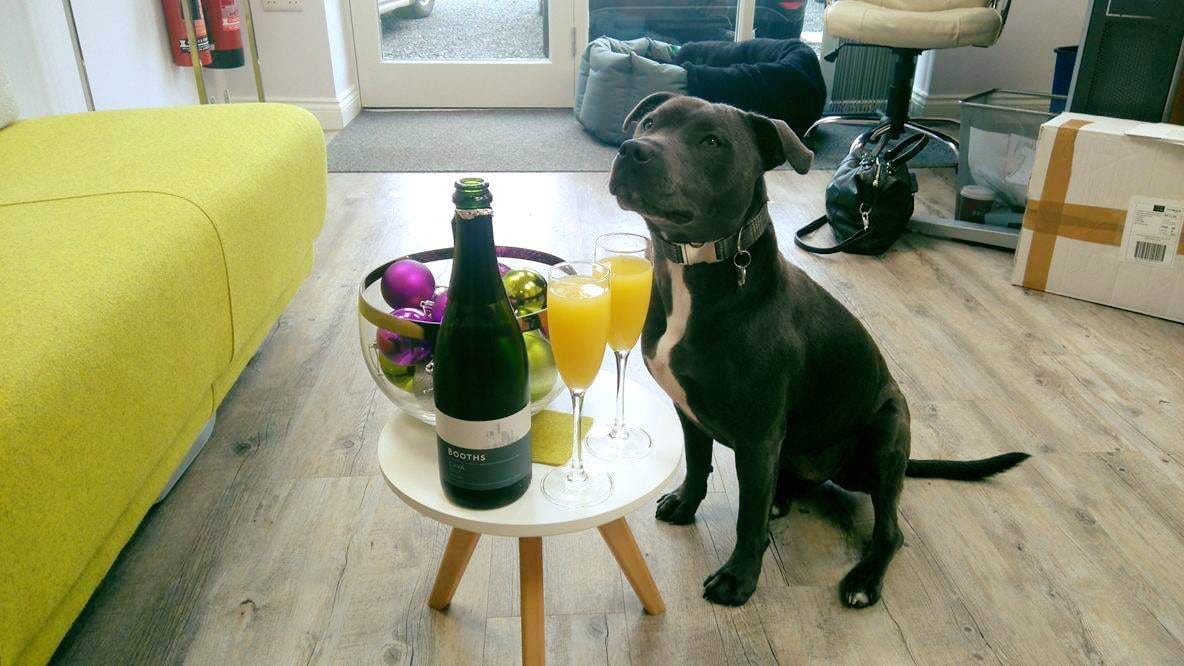 Blue joined in the celebrations!

Since its launch in 1999, the awards have celebrated exceptional growing businesses with past winners including innocent Drinks, Betfair, Lovefilm and Fever-Tree.